See Robert Dilts in London on our Generative Consulting Training. Go here for dates, offers and to book.

See Robert Dilts in London on our Generative Coaching course with Stephen Gilligan. Get in touch for upcoming dates

“Robert is a fantastic example of someone who genuinely ‘walks the talk’. He has inspired so many coaches around the world, it is sometimes difficult to know when ‘Robert’ ends, and simply good coaching practices begins.”

Robert Dilts is world renowned developer, author, trainer and consultant in the field of NLP, since its creation in 1975.

He is responsible for many of the techniques and models that we use in NLP today, including The Logical Levels and The Disney Process.

Robert studied under Milton Erickson, as well as the original developers of NLP – John Grinder and Richard Bandler. He continues to champion the application of NLP to creativity, leadership, education and health.

Recognised internationally as one of the foremost developers, trainers and practitioners of NLP, Robert has consulted and facilitated trainings throughout the world for a wide variety of professional groups and organisations.

To find out more about Robert’s work, try one of his books:

Sleight of Mouth: The Magic of Conversational Belief Change

Beliefs – Pathways to Health and Well-Being

From Coach to Awakener

Find out more about Robert HERE 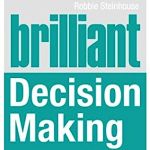 Learn NLP and Coaching at your own pace
PLUS, includes Somatic Coaching with Judith DeLozier
Head over to our e-learning courses for some fantastic discounts

Take me to the E-Learning